is a dynamic, multi-generational church family with a heart for service. Our intent is to learn from and follow Jesus Christ, while helping others do the same. Our hope is to be the kind of church that people would miss if it weren't around. Our desire is to be a praying, growing church that honors God by actively meeting the spiritual and physical needs of our members, the people of Ellsworth, Hancock County, and beyond. New Here?

is to be a praying, growing church that glorifies God and actively meets the spiritual and physical needs of our church members, the people of Ellsworth, Hancock County and beyond.

Church Covenant of United Baptist Church Having, as we trust, been brought by divine grace to repent and believe in the Lord Jesus Christ and to give up ourselves to him, and having been baptized in the name of the Father and of the Son and the Holy Spirit, we do now...
Read More

Statement of Faith United Baptist Church of Ellsworth, Maine We believe in the Bible as God’s revelation of Himself to man, that God is its author, salvation is its end, and truth without error is its matter (essence). Composed of both the Old and New Testaments, it...
Read More

Although a Baptist presence has existed in Ellsworth since the early 1800’s, ties to the current United Baptist Church of Ellsworth can most clearly be established beginning in the 1850’s.  As best anyone can tell, the Ellsworth Baptists from which we are descended build and dedicated their house of worship in 1859.  Following the tradition of Baptists to “associate”, the church was received into the Hancock Baptist Association in September of 1860 as the Ellsworth Village Baptist Church.  In 1897, the church was incorporated under the laws of Maine, and it’s name was changed to the Ellsworth Baptist Society.  In 1929, it became incorporated as the United Baptist Church of Ellsworth.

In 1933, the United Baptist Church building (pictured) was lost in the Ellsworth Fire.  Reconstruction began that same year, and the “new” church was dedicated in 1934.

Throughout its history, the United Baptist Church of Ellsworth has enjoyed a rich heritage of Christian endeavor.  It has been the home pulpit of 30 pastors, and countless missionaries, guest speakers and interim preachers since its establishment.  It has ministered consistently over the years with various women’s ministries, youth groups, prayer meetings and Bible studies.  It continues to live up to its 150+ year traditions of strong, biblically based preaching, Christian education, ministry in music, and investment in missions. Although far from perfect, as one reviews the history of the United Baptist Church, it is fair to say that God has blessed the ministry in Ellsworth, and we look forward to the “hope and future” that He has planned for us still.  Our story is still being written!

No church can or should attempt to do everything.  We partner with several organizations locally, nationally and globally to connect people with the gospel.  Here is a list of some of the ministries we work with, support and/or recommend. 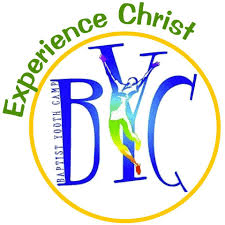 “Our desire is to be a community of believers whose lives and priorities reflect the will of God.  We are sensitive to the many demands placed on people in our world today, and have no desire to burden anyone with excessive requests or unreasonable expectations.  At the same time, we want our members to be connected and involved in church life.  A suggested healthy and balanced approach to membership and involvement at United Baptist is to strive for one worship experience, one small group experience and one opportunity for service to others each week.”

What We Believe
Partnering Ministries
History

I have a question?