An Equal and Beyond Fair Wage! 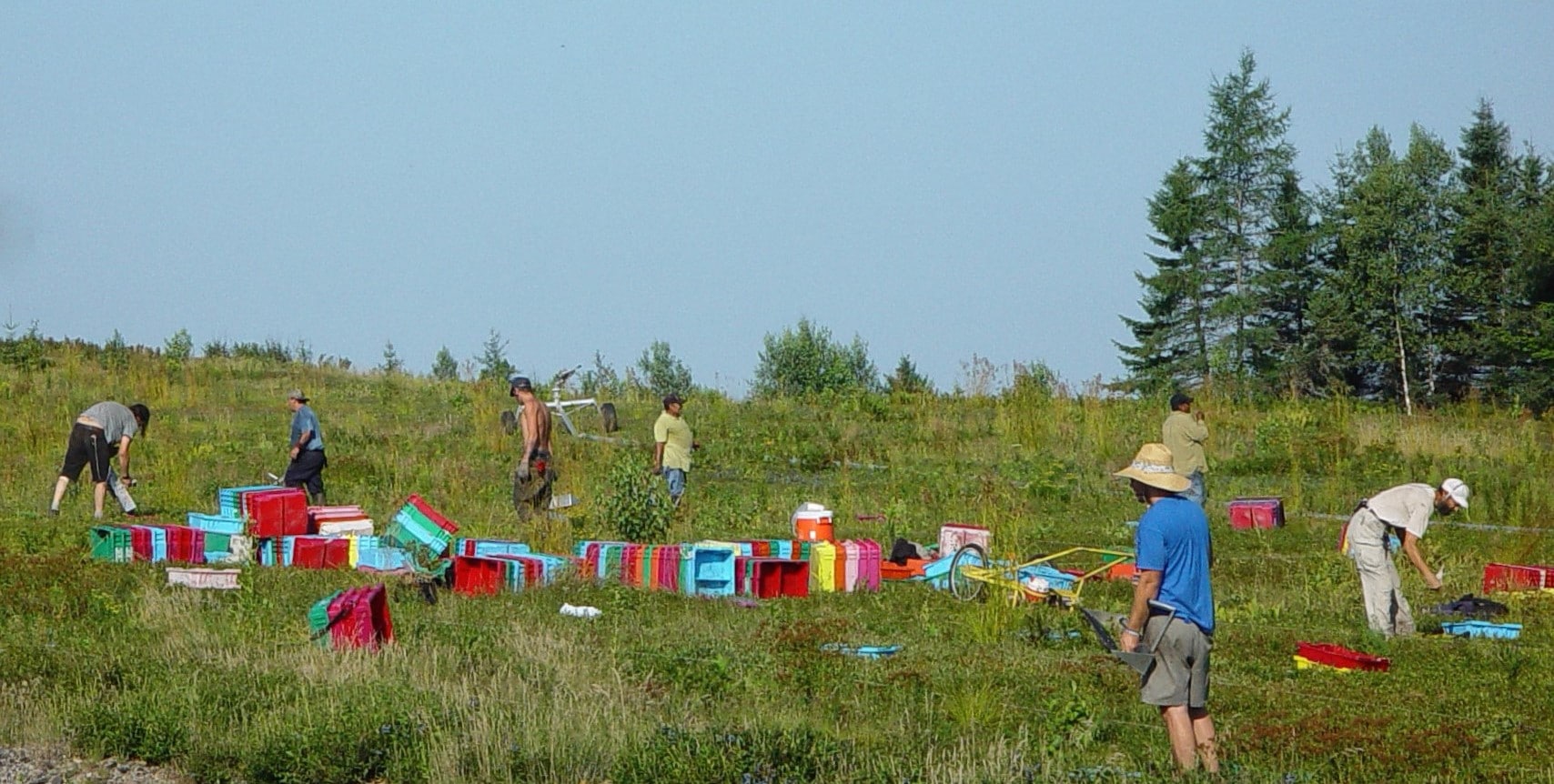 Before technology changed the blueberry industry, almost every kid who grew up in Washington County, Maine earned “back to school” money by spending a few, hot, August days in exhausting, backbreaking blueberry raking along side family, buddies and migrant workers.  However, finding reliable seasonal workers and paying them fair wages have troubled Maine farmers for generations.

While addressing misconceptions about the meaning of the Law, Christ utilized similar labor issues in a parable illustrating the wonderful grace that God extends to all mankind.(Matthew 20:1-16) He spoke of the “master of a house” who needed workers for his vineyard. Arising early, he went to the market place where he hired workers for an agreed upon day’s wage of a denarius. As the day progressed, he needed a larger workforce. Returning to the market place four times, he always found others waiting for a job, even at the 11th hour, the last possible time to obtain work before day’s end.

No reason is given for these workers’ late search for employment. Maybe they had foolishly whiled away the day before realizing their need? Perhaps they had tried other opportunities that didn’t satisfy or pan out? Maybe they had been seeking but did not know where to look and heard about this marketplace last. Whatever the reason, they were desperate. Hope was fading with the daylight. But the “master” was on the outlook for them, discovered them, and offered them an opportunity. They were in such dire straits that they did not even attempt to negotiate a wage. They were at the mercy of the landowner and had to trust his word. He said “… ‘whatever is right, I will give you,’ So they went.”

At the end of the day, the landowner dropped a philosophic and emotionally loaded bombshell. All workers received the same compensation regardless of the number of hours they had worked. Those who worked for an hour received the same total wage as those who had labored all day! Accentuating that fact, the “master” intentionally paid the last-hirers first! So, when the first-hires came up the pay line last, the “master’s” generosity had made an indelible impression. However, his payment plan did not meet any measure of fairness in their minds. They had labored all day in the scorching heat and believed they should have been more highly valued and deserved greater compensation. They opposed and grumbled at the Master.

In its entirety, this story addresses multiple layers and generations of religious thought and behavior and misconceptions, but the fact that God has always valued faith, not performance, is at its core. Jesus’ audience should have known that no one merits God’s approval. Centuries of failed attempts to be holy by keeping the Old Testament Law had proved that sinless perfection is an impossibility for humans.  Unless placed within the context of faith in God, good works or good conduct mean nothing to Him, nor does ethnicity or religious affiliation. He is no “respecter” of persons. (Galatians 3:28) Belief, not conduct, is the “work” blessed by God.

Even though God demands holiness and turns away from sin, the story reveals that He extends the grace of forgiveness to both Jews and Gentiles (the world). In great mercy, He has fully paid the price of saving mankind from its rebellious and sinful state. He chooses to see mankind in view of Christ’s sacrifice which is an amazing, surprising, generous, unmerited, fully sufficient, perfect, loving, “once for all” payment for our sinful natures.  “God saved you by his grace when you believed. And you can’t take credit for this; it is a gift from God.  Salvation is not a reward for the good things we have done, so none of us can boast about it. (Ephesians 2: 8-9 (NLT2). Redemption is entirely God’s doing.

The world rewards performance. God honors faith with grace and mercy “all across the board.” He patiently searches for, willingly accepts, and presents the blessings of His Kingdom to all who will come… (11 Peter 3:8-9)

Since You Are and Will Be Saved...Reloaded