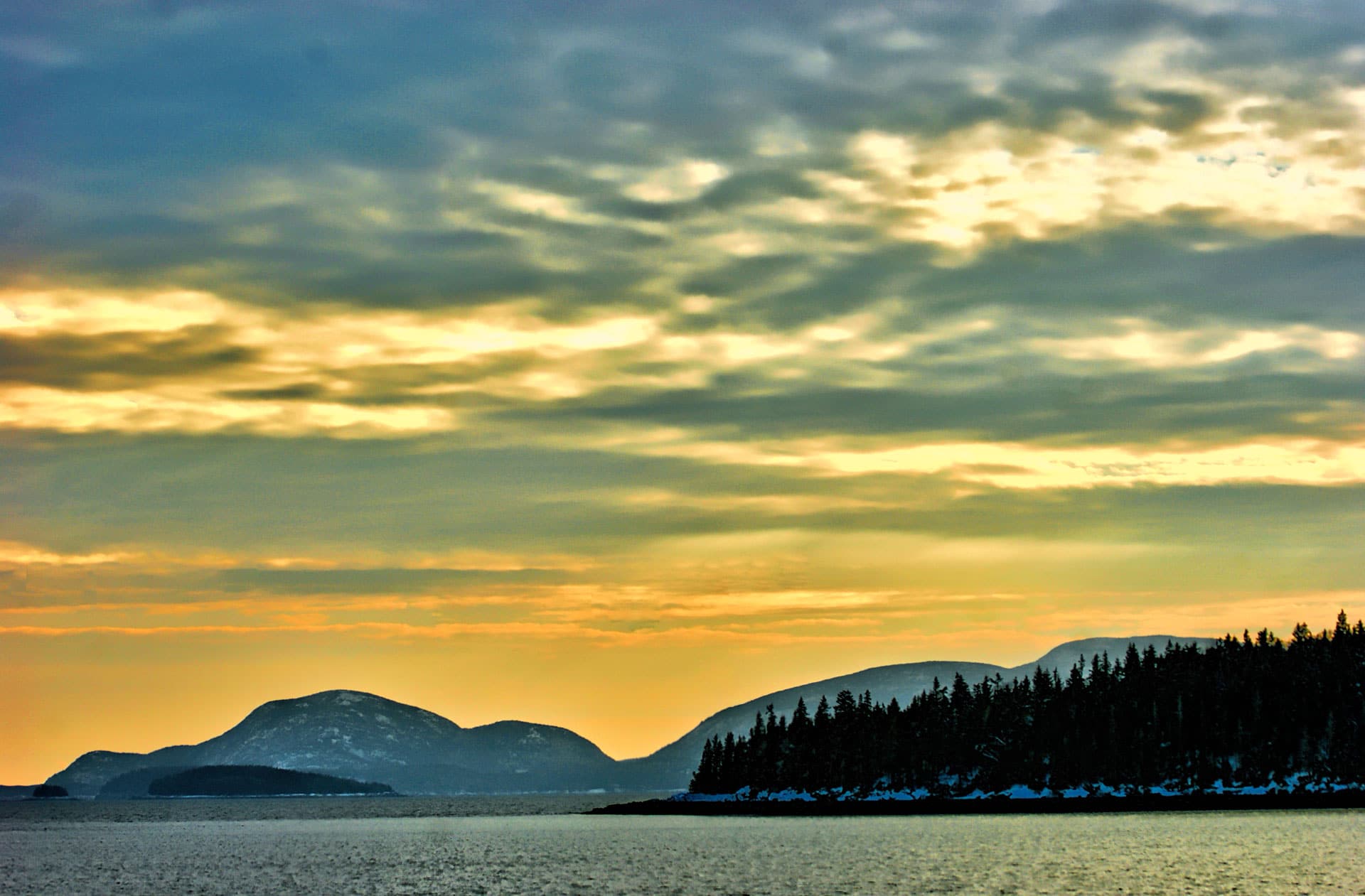 Sunrise over Mountains of Acadia from Hancock Point, Maine

In Mark 11:22-25, Jesus made the interesting claim that it is possible to move a mountain if one has faith! He provided context to that statement by saying belief (in God’s good character and sovereign will) and prayer are two critical factors in this amazing power of faith. Then Jesus tossed another crucial ingredient into the mix: ”And whenever you stand praying, forgive, if you have anything against anyone, so that your Father also who is in heaven may forgive you your trespasses.” (Mark 11:25)

This Easter week Christians “celebrate” Christ’s passion, his horrible crucifixion, and his glorious resurrection. They celebrate with humility, awe, and thankfulness for God’s grace and mercy, realizing that Christ’s ministry to humanity not only redeems because of God’s forgiveness but assures eternal life because of his victory over death in his bodily resurrection.

No one has ever had greater goodwill for humanity than Jesus. Yet, nobody could possibly know more about adversity, anguish, agony, and injustice suffered at the hands of human deceit, betrayal, desertion, and wickedness. No one has had more wrong to forgive than Jesus. Yet, at the peak of wrenching, emotional, physical and spiritual pain, he felt compassion for those who had denigrated and tortured and were mocking and killing him. He asked God’s mercy and forgiveness for them. “Father forgive them…,” he prayed.

Christ’s death and his plea for his torturers show the utter selflessness of absolution, an act that cuts to a person’s core because it involves emotional, willful decisions and requires profound, intentional actions. That is the message of Good Friday’s cross when Holy God lovingly, intentionally, and sacrificially made full pardon available to sinful mankind. Likewise, extending mercy and grace are of great importance to those who profess Christianity. Jesus taught his disciples that God’s forgiveness for them was nuanced by the personal forgiveness which they offered others. He taught us to pray, “ Forgive us our trespasses as we forgive our trespassers.”

Once Jesus told a story about a king who forgave one of his servant a huge debt, but the very same servant then refused to forgive a fellow servant a very small debt. Upon hearing of the unforgiving servant’s behavior, the King withdrew his mercy and disciplined him. (Matthew 18-23-35)

That parable tells the Gospel story. Unconditional, supernatural love and mercy moved heaven to patiently travel the arduous, dusty, unjust road to Jesus’ cross so that even his enemies could be redeemed from their sinful natures. In His immeasurable mercy and love, God cancelled our sin debt at extreme cost. Jesus said that kind of love would be shown by his followers. It would be paid forward with the ability to continually forgive, to walk extra miles with oppressors , to take slapping insults without retaliation, and to be generous to those who have taken unfair advantage.(John 13:35)(Matthew 18:21) (Matthew 5:39-42) . Spiteful behaviors, retribution, and vengeance are not manifestations of the Gospel in one’s life.

Just as receiving God’s forgiveness redeems, frees from guilt and condemnation, and reconciles, peace with others results when our forgiveness is offered and received. The offended and the offender are released from anger, bitterness, hatred, vengefulness, grudges, resentment, and shame and are freed to respect, to treat justly, and to be gracious despite severe hurt; negativity can no longer inform and control and consume their lives. Even if forgiveness is not received and full restoration does not occur, the willingness to forgive releases the negative emotions and attitudes that have affected the forgiver. Forgiveness is humbling but is a powerful mountain mover which redeems relationships and situation and renews spirits.

These last three blogs on “moving mountains” have suggested that belief in God’s good character and sovereign will, prayer, and forgiveness go a long way toward relieving the obstacles which delay or prevent us from moving forward with the peace and the confidence which are discovered in Christ, who wholly trusted His heavenly Father, lived a humble and prayer filled and sacrificial life, lovingly forgave his worst enemies, and ultimately defeated life’s final obstacle -death. He has risen! We need not fear because by faith we will also live.