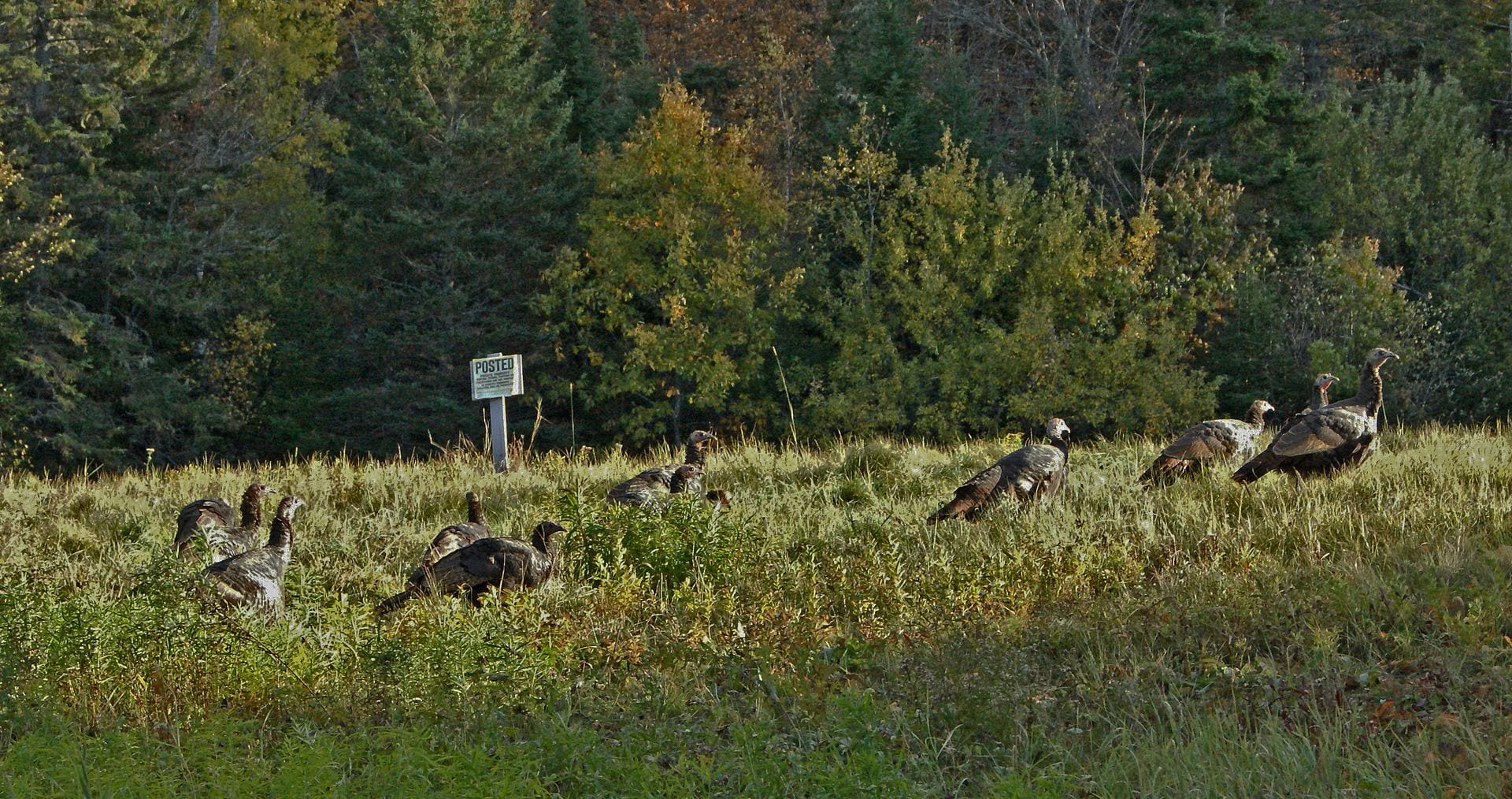 Turkeys, which had been extinct in Maine since colonial days until they were very successfully reintroduced here in 1977, always remind me of the traditional Thanksgiving turkey dinner, of hunting with my Dad, of family gatherings, of reading Henry W. Longfellow’s The Courtship of Miles Standish in the 8th Grade, of pilgrims, of funny hats, and of Native Americans sharing that first New World harvest dinner which included lobster and venison. That was nearly 400 years ago in 1621!!

And Thanksgiving reminds me of grace!

Fall and winter holidays may be difficult, depressing and isolating for some. Not everyone harbors happy memories, and this pandemic season has been especially stressful. Sorrow and grief for loss of loved ones, social isolation, mourning financial setbacks, and anxiety regarding health, national unrest, and uncertain futures may be foremost in our minds. Maybe our greatest blessing this year is a special memory. But regardless of our circumstances, we can be thankful for grace!

Not everyone believes in or is thankful to God, but everyone can be thankful. At our family dinners, it is customary to offer thanks to God for the good food and loving relationships that we share and for all the ways we have been blessed. Those “graces” are expressions of God’s grace to us. Interestingly, Scripture tells us nobody escapes God’s grace, which is His favor and fairness toward us even when we are undeserving. He is a constant source of “common grace”, the general goodness to all people. “Whatever is good and perfect comes down to us from God our Father, who created all the lights in the heavens. He never changes or casts a shifting shadow.” (James 1:17 (NLT2)

That concept of God and His grace deserves much more consideration than a Thanksgiving prayer. It is the Amazing Grace whose sweet sound we hear and sing. It is God’s love, forgiveness, kindness, and care for unworthy humanity in rebellion against Him. It is God’s redemptive gift to undeserving sinners through faith in His Son. (Ephesians 2:8-9) It is equality in Christ, where race, color, creed, social status, IQ, and difficult relationships make no difference.

Every believer has been the object of grace and should be living it. Jesus made that very evident when he explained what God is like and what his followers should be like by administering undeserved, unconditional care, and kindness: “But I say, love your enemies! Pray for those who persecute you! In that way, you will be acting as true children of your Father in heaven. For he gives his sunlight to both the evil and the good, and he sends rain on the just and the unjust alike (Matthew 5:44-45 (NLT2)

Although we live in an increasingly divisive, entitled and ungracious culture, it yearns for a grace it doesn’t understand. We claims to value equality and tolerance but do so with blind hypocrisy and words only. Grace is difficult work because it requires selfless choices, honors others above oneself, and abstains from the arrogance of moral superiority. Grace listens, attempts to understand opposing ideas, is not intellectually arrogant, does not tightly hold onto hurt, forgives rather than accuses, lifts up and encourages, does not shame or degrade, self-evaluates bias and prejudices and refuses discrimination, tolerates rather than demands, is compassionate instead of critical, avoids gossip and slander, doesn’t lash out when frustrated, goes the extra mile, turns the other cheek and does not retaliate! Grace loves with 1 Corinthian 13 love.

Grace is a tall order! We are all imperfect and battle negative attitudes that cause us to act badly. But in the perspective of what God has done for us, Thanksgiving is a great time to remember and gratefully accept His grace and to recommit to live in its power.

The Pharisee and the Publican