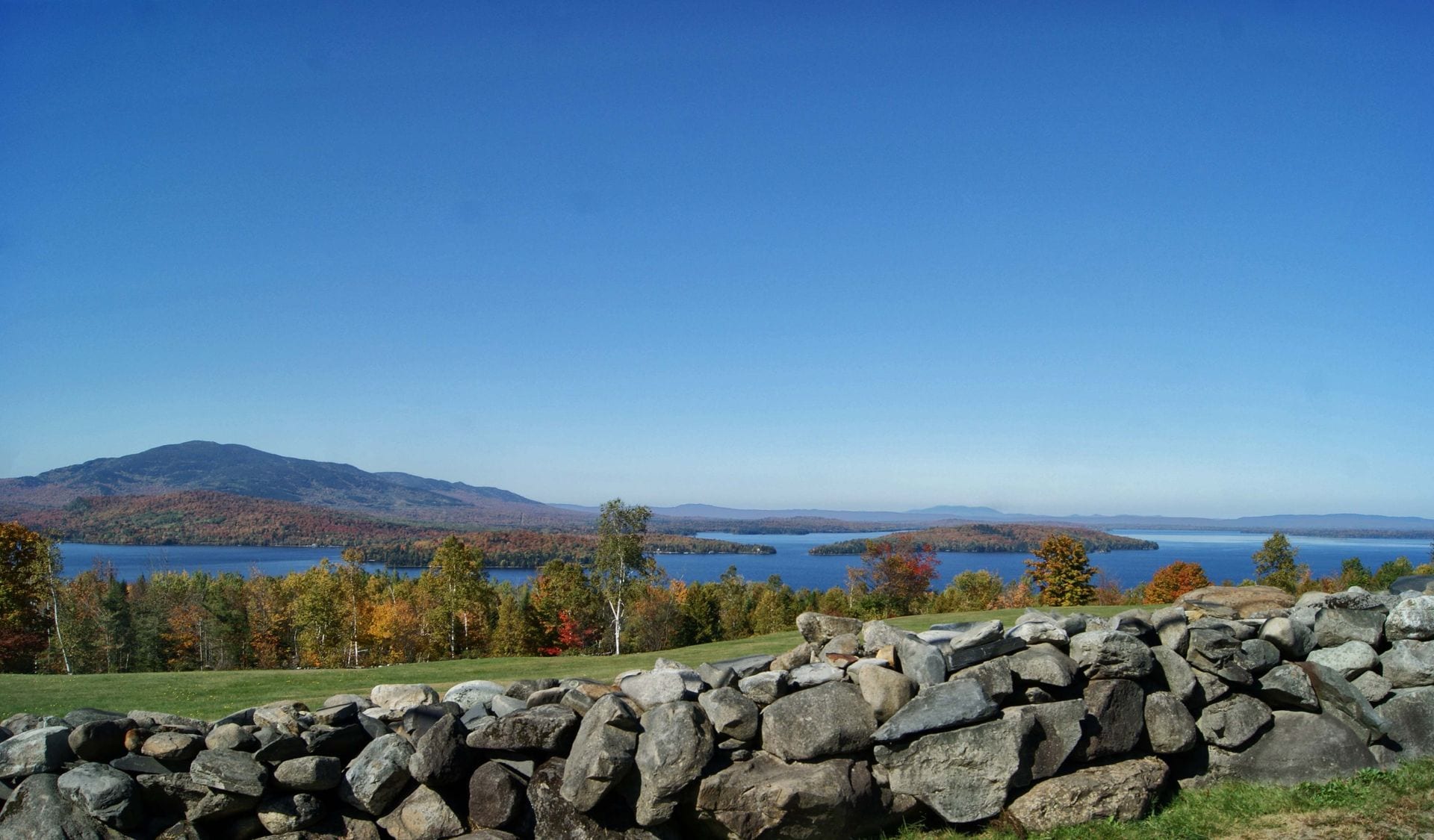 Moosehead Lake, Greenville Maine
If you have ever attempted walking atop a stone wall, you know that the stones are unevenly positioned. Maintaining balance is untenable and is akin to walking a rail on a railroad track. At some point one finds oneself stepping or falling off to one side or the other. The best way to stay on a fence is to straddle it, but that is both uncomfortable and accomplishes nothing. It gets one nowhere.

But we do “straddle” fences when we have indecisive thoughts, opinions, and actions, when we delay, neglect, or ignore ideas or circumstances because we don’t care or are intellectually lazy, information is incomplete or unclear and conflictual, or the process and/or outcomes seem unimportant. Indecision frequently just delays an inevitable and accomplishes little except anxiety. However, there is one decision which we are all called to make and for which there is no neutral position or compromise.

The Bible gives a fascinating account about conflict between God’s prophet Elijah and Israel’s King Ahab, who was Jezebel’s husband and who considered Elijah a “troublemaker.” (1 Kings 18) This was one of those crucial moments in Israel’s history when they had not completely rejected God but wanted to straddle the fence and claim God but not as the only god. Some of Elijah’s controversy with Ahab revolved around Ahab’s role in leading Israel into idolatrous worship and practices. Maybe the people were superstitiously hedging their bets among gods or were unaware that being a chosen nation meant declaring God’s glorious character to the nations? Maybe they enjoyed the unholy practices of worshipping Baal? Whatever their reasons, Elijah confronted Israel’s double-mindedness and hard hearts. He “came near to all the people and said, “How long will you go limping between two different opinions? If the LORD is God, follow him; but if Baal, then follow him.” And the people did not answer him a word. (1 Kings 18:21)

The people were spiritually compromised and in a tenuous position with God. They had no integrity but were limping back and forth between religious beliefs. A decision about God was necessary. Who was He, and what did He have to do with them? As they wavered and hobbled between two opinions, they faced disaster. Their indecisiveness was their decision. God would not bless their unfaithfulness and doublemindedness.

This determination about the existence and nature and purposes and importance of God in history and in personal life faces everyone. Intellectual honesty demands that we seek an informed decision about God. Creation declares Him and requires a response. (Psalm 19:1; 50:6; 97:6) (Romans 1:17-20) Morality leads us to Him as the source of moral behavior and what is good for us.(Exodus 20:1-17, Psalm119) Our spirit, our God consciousness, yearns for truth and desires God. (Ecclesiastes 3:11) The life, claims, death and resurrection of Jesus Christ deserve an intense investigation. (Acts 16:31 and Romans 4:25) Our eternal destinies are determined by our conclusions. (Hebrews 9:27) And there is no pleasing God apart from belief. (Hebrews 11:6)

Doubt about God, if not pursued, becomes a decision in itself. Agnosticism is essentially unbelief. So, it is important to weigh evidences, after which we all fall on one side or the other of this issue. There is a Biblical promise that a God-seeking mind will discern and discover what is true. (Matthew 7:7,8) However, one has to search in the right places. The sixty six books of Scripture claim to be God’s living revealed Word, which helps us distinguish our self awareness (who we are and our wants) from our God awareness (who He is and His desires). It draws us into an honest evaluation of ourselves in relation to God. Christ told those who had no faith in him that the Scriptures are where they would find out the truth about him because they point to him. (John 5:36-47)

Seeking truth is the spiritual challenge of a life time. A good starting point on this journey is reading the gospels of Mark or John while asking God to reveal Himself. Many have walked this trek from skepticism. Reading their stories may be helpful as well. Lee Strobel, an investigative journalist, wrote The Case for Faith , and C.S. Lewis, Philip Yancey, Josh McDowell, and Ravi Zacharias are contemporary authors who share their interesting faith-journeys.

The point is that we cannot walk through this life without making either an informed or uninformed but crucial decision about God. We cannot ride the fence.